Patrick Brillet opened his first gallery in London, dedicated to post-war design, in the early eighties. Since then he has curated private and public museum collections throughout the world, acting as a design consultant to a number of major auction houses. In recent years he has commissioned and produced exclusive studio pieces with both established and up-and- coming 21st century designers, including Emmanuel Babled, Johanna Grawunder, Brodie Neill ,StudioDRIFT, Ross Lovegrove, Marcus Tremonto, Philip Michael Wolfson, Michael Young among others, producing stunning and stimulating work. Patrick Brillet also carries an extensive collection of pieces by design luminaries including Ron Arad, Marc Newson, the Campana Brothers, Ettore Sottsass, Archizoom, Superstudio and many more…

In December 2005, he formed The Apartment Gallery in partnership with Isabelle May. Set within an intimate living space, The Apartment is a private gallery showcasing pieces by leading established designers and emerging talent, where collectors can buy quietly and privately in situ.

In October 2006, Patrick Brillet launched Superdesign, a show which seeks to emphasise the current synergy between design and the visual arts with inventive ground breaking displays that present contemporary design in a fresh and invigorating light. Yearly, this exclusive show brings together collections from leading galleries and pioneering international designers at a crucial time in the art calendar year . Superdesign has cemented its reputation as London’s most important and innovative exhibition of contemporary design-art pieces. A carefully curated event by Patrick Brillet, SuperDesign always pushes the innovation boundaries, thus illustrating the ingenious capabilities of producers and designers- and the resulting collaborations that exist between the two.

SuperDesign has always been set in prestigious venues across the capital, from No.1 The Piazza in Covent Garden, to Belgrave Square in Belgravia and Victoria House in Bloomsbury Square , and The Dairy near Russell Square.

Now Patrick Brillet is about to launch a new public space later this year, where he plans to show his evolving exclusive collections of conceptual, interactive and performance uncompromising design-art pieces. 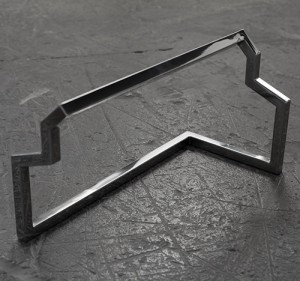